To share your memory on the wall of Mr. Donald McGirr, sign in using one of the following options:

Provide comfort for the family by sending flowers or planting a tree in memory of Mr. Donald McGirr

Provide comfort for the family by sending flowers or planting a tree in memory of Mr. Donald McGirr

Donald was born on October 12, 1944 in Estevan, Saskatchewa... Read More
DONALD A. MCGIRR

Donald was born on October 12, 1944 in Estevan, Saskatchewan. He worked for many years at Great Lakes Forest Products, as a Paper Maker, until retirement in 2007. Donald had a passion for the outdoors. He loved hunting, fishing and spending time at Marks Lake, where many great memories were made with family and friends. He was proud of his family and would help anyone in need. Donald will be deeply missed by all who knew him.

Donald is survived by his sons Dave (Amanda) and Kevin; grandchildren Addison and Abby, Drake and Juliet as well as his brother Ken (Pat) of Dartmouth, Nova Scotia and sister Marjorie Hutchinson of Toronto, Ontario. Numerous nieces, nephews and other relatives also survive.

He was predeceased by his parents, Jim and Myrtle McGirr as well as his brother-in-law Paul Hutchinson.

A private funeral service for family and close friends will be held in the WESTFORT CHAPEL, 420 West Gore Street at James. Interment will follow in Mountainview Cemetery, where Donald will be laid to rest with his parents.

As directed by the Province of Ontario and the Bereavement Authority of Ontario, the attendance at the funeral is restricted to 30% capacity or less and a record of attendance must be maintained. Wearing of masks or face coverings by everyone and maintaining social distancing of 6 feet is mandatory for those attending the services.

Should friends so desire, donations made in memory of Donald to a charity of your choice would be greatly appreciated.
Read Less

Provide comfort for the family with a meaningful gesture of sympathy.

We encourage you to share your most beloved memories of Mr. Donald here, so that the family and other loved ones can always see it. You can upload cherished photographs, or share your favorite stories, and can even comment on those shared by others.

Posted Nov 04, 2020 at 12:34pm
Our warmest condolences, he was a most beloved Uncle and we thought and spoke of him often far more often then we were able to visit.

3 trees were planted in the memory of Mr. Donald McGirr

Posted Nov 04, 2020 at 01:14am
With lasting gratitude for the many great moments our families enjoyed together and for so many great and unforgettable fishing adventures.

5 trees were planted in the memory of Mr. Donald McGirr

Posted Nov 03, 2020 at 08:08pm
It was a sad day when we lost our friend and best neighbour anyone could ask for. Our sincere condolences are extended to the family. We will miss our daily chats. Don, you are now in a better place. Rest in peace.

Posted Nov 03, 2020 at 01:01pm
Bill & Shela Storry
Our condolences to the family. As kids we attended many neighbourhood birthday parties with Don. As a teenager Don was a great defenseman., checking his opponents into the boards with his famous hip-check. And his fondness for the red Malibu.
God Bless
Comment Share
Share via:
JB

Posted Nov 01, 2020 at 01:50pm
Our sincere condolences on the passing of Don.
He was a good friend to me and my brother Monty.
Comment Share
Share via: 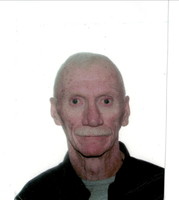