To share your memory on the wall of Mr. Danny Nelson, sign in using one of the following options:

Provide comfort for the family by sending flowers or planting a tree in memory of Mr. Danny Nelson

Provide comfort for the family by sending flowers or planting a tree in memory of Mr. Danny Nelson

Danny Nelson died on Sunday, Nov. 8, 2020 at St. Joseph's Hospital Palliative Care, after a long struggle at home with dementia. His son Michael held his hand as he passed away.

Danny Nelson died on Sunday, Nov. 8, 2020 at St. Joseph's Hospital Palliative Care, after a long struggle at home with dementia. His son Michael held his hand as he passed away.

Born in Fort Frances, On. on January 29, 1932 to Danish immigrant parents, Danny was one of six siblings, the only brother of five sisters. After high school he trained as a carpenter, going on to become a well-known and respected tradesman in Thunder Bay for 50 years, first with Bird Construction, then Stead and Lindstrom, and finally in his own business, D.K. Nelson General Contractor, involved in commercial and government buildings throughout Northwestern Ontario. He retired in 2011, at age 79, then continuing to work with Quality Door while health permitted.

Danny enjoyed reading, building beautiful furniture for the family, hunting in the Fall with his son and with friends from Fort Frances and Thunder Bay, canoeing, especially in Quetico Provincial Park, fishing in Northwestern Ontario lakes including Rainy Lake and Arrow Lake where he built the family cottage, going to ball games both here and in Toronto (Blue Jays) with Michael and visiting his daughter Sandy and her family in Quebec and Toronto.

Predeceased by parents Anna and John Nelson and by his sisters Christa, Betty, Mary, Lissy and Margaret. Survived by many nieces and nephews and brothers-in law Garry, Graham and Bill McIvor and their families. He loved his family, who live on to remember him with love- his wife of nearly 60 years Betty, his son Michael, his daughter Sandra, son-in-law Siamak and grandson Dara.

Cremation has taken place and a family graveside service is planned for the near future. If friends so wish a memorial donation to the Manor House Adult Day Program (St. Joseph's Care Group), or to a charity of choice would be greatly appreciated.

We have been grateful over the years for the fine service of Dr. Brian Hartford and Patti (Spence Clinic) and
of Howard Nistico and staff at the Manor House. We are deeply touched by the cards, phone calls, personal visits, floral tributes, baking and meals to sustain us from friends and family.

Arrangements have been entrusted to Simpler Times Cremation Centre, 332 North May Street,Thunder Bay.

Danny's struggle is over. May he rest in peace.
Read Less

Provide comfort for the family with a meaningful gesture of sympathy.

Donations are being accepted for: ST. JOSEPH'S CARE GROUP.

We encourage you to share your most beloved memories of Mr. Danny here, so that the family and other loved ones can always see it. You can upload cherished photographs, or share your favorite stories, and can even comment on those shared by others.

Posted Nov 11, 2020 at 09:55am
Sending you all my deepest sympathies I have many fond memories growing up in the neighbourhood where he always greeted us with a smile and always made us feel welcome.
Sincerely
Sandra Mauro (Tribe)
Comment Share
Share via:
S

Thank you so much, Sandra. I have many wonderful memories of us skipping out on Elmwood Crescent late into long, warm summer evenings. My dad taught me how to ride a bicycle on your little bicycle, I believe. I remember him running behind me, and then laughing, and letting go. Thank you, Sandra.
JC

Posted Nov 10, 2020 at 09:05pm
My sympathies to the family -- I have many memories of Danny around Elmwood Crescent and at camp. How many times did I watch him tie up his boots while Sandy was putting on her coat at the top of the stairs? Must have been hundreds. It was as much a part of the walk to school as choosing which of the many shortcuts we'd take. I am very fortunate to have had The Nelson Family play such a large part in my childhood, and I am grateful for the lasting friendships amongst the families of Elmwood Crescent. Thank you all.
Comment Share
Share via:
S

Thank you so much, Jennifer. I remember those many mornings, those many years of our walks to school, too, and sometimes untying my dad's boots when he came home from work at the end of a long day when he was tired. He tied his bootlaces into a pretty tight knot. Thank you, Jennifer. 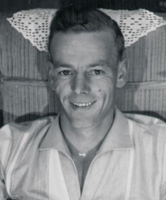 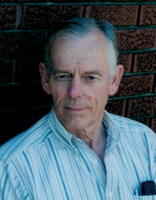